History of the Regional Agreement 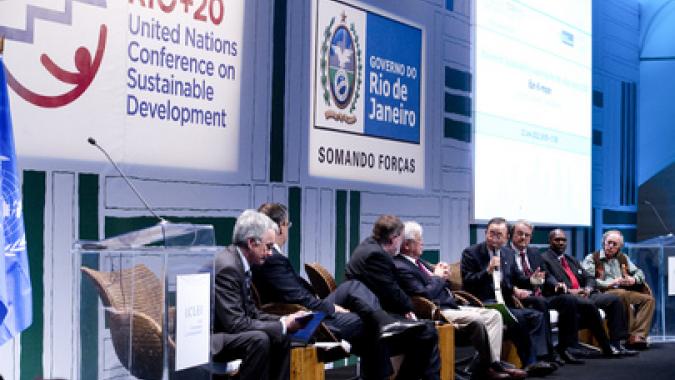 Initiated at the United Nations Conference on Sustainable Development (Rio+20) in 2012 with the adoption of the Declaration on the application of Principle 10 of the Rio Declaration on Environment and Development in Latin America and the Caribbean, the Regional Agreement on Access to Information, Public Participation and Justice in Environmental Matters in Latin America and the Caribbean was adopted at Escazú, Costa Rica, on 4 March 2018 after two years of preparatory meetings (2012-2014) and nine meetings of the Negotiating Committee established in 2014 with the significant participation of the public.

By means of the Santiago Decision, adopted in November 2014, the signatory countries to the Declaration formally began negotiating the regional agreement with the support of ECLAC as technical secretariat. To this end, a Negotiating Committee was established composed by 24 countries of the region with the significant participation of the public. Presiding Officers were also appointed composed by Chile and Costa Rica, as co-chairs, and Argentina, Mexico, Peru, Saint Vincent and the Grenadines and Trinidad and Tobago. Six representatives of the public (two representatives and four alternates) were elected to maintain dialogue with the Presiding Officers.

Furthermore, the countries requested ECLAC to prepare a preliminary document of the regional instrument to begin the discussions. Based on that document, the Presiding Officers included the language proposals of the countries in a compiled text (negotiating text). After each meeting of the Negotiating Committee, the developments of the negotiation were recorded in the new versions of the compiled text (eight in total).

The Committee adopted its Organization and Work Plan in 2015 and the Modalities of Participation of the Public in 2016.

Between 2012 and 2014, four meetings of the focal points appointed by the Governments of the Signatory countries were held: At these meetings, the countries adopted the following foundational documents:

During this period, two working groups were created to move forward in the discussions (Working Group I on Capacity-building and Cooperation, led by Colombia and Jamaica, and Working Group II on Access Rights and Regional Instrument, led by Brazil and Costa Rica). Such working groups met on fourteen occasions and concluded their mandate in November 2014.

More information on the meetings of the working groups (2012-2014) can be found below:

With the Santiago Decision of November 2014, the countries began the negotiation phase of the regional agreement, creating a Negotiating Committee that replaced the meetings of the focal points and the aforementioned working groups.