Project documents and research papers prepared by the ECLAC office in Washington since its establishment in 1950. 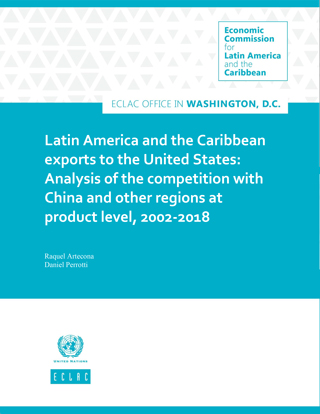 Latin America and the Caribbean exports to the United States: Analysis of the competition with China and other regions at product level, 2002-2018

This research looks at Latin America and the Caribbean exports trajectory in the United States market in the almost two decades that followed China's accession to the WTO and compares it with that followed by China and other regions. The analysis exploits product-level United States imports data collected from the United States Census Bureau. The dataset contains information on more than 30.000 products per year for almost 200 countries.